In May I was assigned to travel to Carroll Gardens in Brooklyn to shoot Alma Restaurant for Travel + Leisure’s online package featuring the World’s Hottest Rooftop Restaurants. 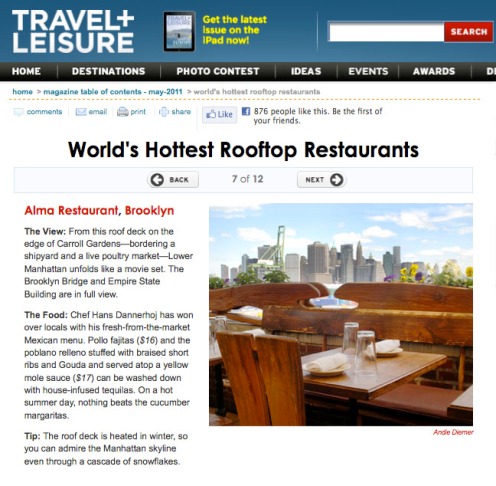 Even though I didn’t get the opportunity to dine at Alma, it is definitely on my New York City bucket list. I met with one of the co-owners during the afternoon, who was extremely nice and opened up the restaurant early so I could shoot. With a background that almost looks fake from the cozy comfort that the owners have built from scratch, Alma definitely looks like it would be up my ally. The pollo fajitas and cucumber margaritas don’t seem to hurt either. Below are a few more sneak peaks from the shoot that didn’t make it to TravelandLeisure.com:

I finally visited Alma! Had a beautiful birthday dinner there with a fresh watermelon margarita and Poblano Relleno con Picadillo de Puerco. I also discovered that the image I took for Travel + Leisure’s feature on them is the main image on Alma’s press page on their website: 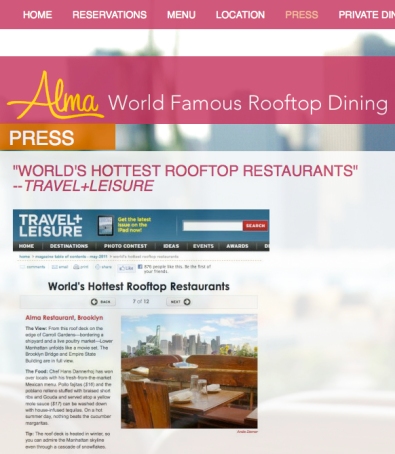