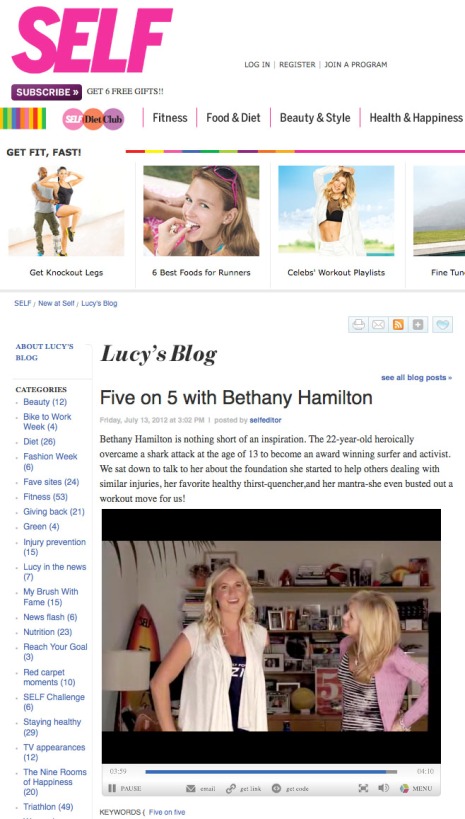 So I can officially add a new line to my résumé: video producer! Since I’ve been at Self I have been assisting the photo director with her responsibilities when it comes to setting up, producing and directing our editor-in-chief’s video blog, Five on 5. Each week Lucy, our editor, interviews a new celebrity that has an expertise in fashion, food, fitness, film, music or philanthropy. I’ve sat in on some incredibly interesting interviews, miked the likes of Miss USA and Grace Potter, lit the set, connected the audio and prop styled, as well as directing and filming.

Check out some of the Five on 5 videos I’ve helped create:

Dr. Jordan Metzl from the Hospital for Special Surgery